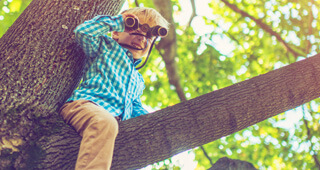 A debt agreement might sound intimidating, but it’s an effective and flexible way to settle your debts. Also known as a Part 9, a debt agreement is a legally binding agreement between you and your creditors. This solution has been used by countless Australians who are on their way to a brighter financial future.

Simply put, a debt agreement lets you renegotiate your situation by repaying your debt at a rate you can afford. Most importantly, a debt agreement is a reliable, less-harmful alternative to bankruptcy. Over the past 15 years, Debt Busters has helped thousands of Australians eliminate their bad debt through debt agreements.

There’s a lot of misunderstandings about credit ratings and how they work. Something as simple as forgetting to pay a bill on time can damage your credit rating, so it’s normal to be concerned.

However, since March 2014, changes to the Privacy Act mean that information recorded on your credit file can only be stored for 5 years. This means that when you enter a debt agreement, it will usually vanish from your file after 5 years as well.

Truthfully, debt agreements won’t damage your credit rating forever. In fact, when used appropriately they can improve your long-term credit rating by helping you to eliminate poor spending habits so you can remain debt free forever.

2. Only Those With Poor Money Skills Enter Debt Agreements

While it’s easy to see where this debt agreement myth comes from, it’s completely false. Actually, people who enter into a debt agreement are financially smart.

It’s natural to think everyone who takes advantage of this agreement must have always struggled financially, but there are endless reasons why people are saddled with debt. They might have experienced unexpected health problems, pregnancy, funeral expenses, job loss, tax issues, and uninsured accidents to name a few. These events don’t make you a financial failure – they could happen to anyone.

It takes a brave person to realise they’re in over their head and to seek a sensible solution like a debt agreement. The alternative is to let things spiral further out of control. At the end of the day, pulling back from the brink of financial collapse is smart thinking.

There’s a misconception that people who enter into debt agreements are somehow cheating the system. They’ve taken on all of those debts themselves, so why shouldn’t they have to pay for it?

Again, things aren’t always so black and white. The majority of people who encounter debt problems have been affected by events outside their control, such as unexpected medical bills, death of a family member, or a car accident.

Let’s be honest; we all run up credit card debts from time to time. Maybe we do pay the balance every month, but we might just be one accident or problem away from a financial setback. Those who enter into a debt agreement are being honest about their financial situation. They’re creating a plan to pay back their debts for good at a rate they can afford.

Unlike bankruptcy, only unsecured debts are included in a debt agreement. This means if you have a mortgage, it is not included in the agreement. As long as you continue to repay your secured loan repayments, your assets are not at risk.

Having your assets secured with a debt agreement is a critical advantage compared to bankruptcy. It enables you to remain in your home (and keep your car) while resolving your debt issues, allowing you the freedom to make a change for the better.

5. A Debt Agreement Is a Scam

Finally, the last myth is that debt agreements are nothing but an expensive scam. In reality, the opposite is true. Debt agreements are legitimate structures legislated under the Australian government to assist people in resolving their financial issues.

While debt agreements do cost money to implement, it’s money well spent. Some of the fees are government charges and others are paid to the administrator. Fees are calculated based on the amount of debt and the client’s capacity to repay.

Consider these debt agreement myths officially busted! Debt agreements are not to be feared. They’re a safe, smart, and sensible solution to overcoming your debt.

At Debt Busters, we’re passionate about helping our clients gain control over their finances. We want you to enjoy the better quality of life that comes with financial liberation.

We’re here to help! Call us on 1300 368 322 or book a free consultation with our friendly team to discuss whether a debt agreement is the right choice for you. We’re here to help make your financial future brighter today with our expert debt solutions.