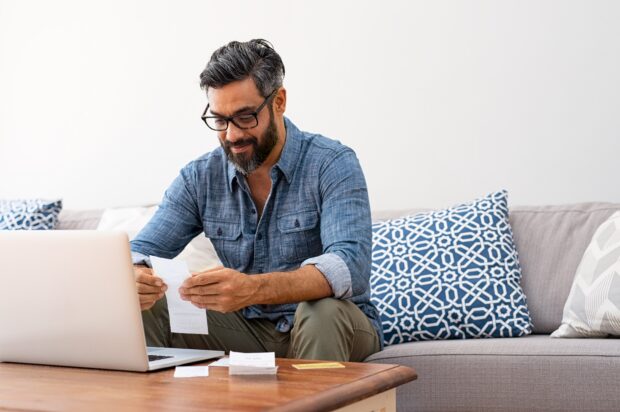 What is The Average Household Debt?

Debt can sometimes feel like a normal part of life. Whether you carry credit card debt or you’ve heard about the government’s debt, it’s easy to have a lot of misunderstandings around how debt works. With that in mind, what is the average household debt?

When talking about debts, there are two different kinds to think about: government debt (ie. government funding) and personal debt. Amidst the COVID19 pandemic, government debt is at an all-time high. Similarly, the personal debt of Aussies is also rising. In this guide, we’ll discuss what is the average household debt as well as what these numbers mean.

What Is Australia’s Household Debt?

Household debt is the total owed as a percentage of net income. This means Aussies are more likely to owe a greater amount related to their income, leading to an increased financial burden overall.

Additionally, Australia’s total personal debt is around $2 trillion, with the average household owing $250,000. What makes up this personal debt?

That being said, there’s a difference between good and bad debt. For example, taking on mortgage debt can be a smart financial decision, and it can result in more savings long-term. This means personal debt isn’t necessarily something to be afraid of, though it’s something to always consider wisely.

If you’re experiencing rising levels of debt, you’re not alone. More and more Aussies are feeling the burden of household and personal debt. Whether this is from keeping up with the demand to always having the latest and greatest or increased stress surrounding the COVID19 financial crisis, there is always a way to move forward.

How Is Government Debt Connected?

First, what even is government debt and deficit, and what does it mean for the average Australian? There’s often a lot of buzz in the media about rising debts within the government and the burden this places on the country’s financial outlook. In reality, what does this debt even mean?

Currently, the Australian federal government is on course to top $1 trillion in 2021. This is largely due to the COVID19 pandemic crisis and the related economic shutdowns. However, this large number isn’t a cause for alarm. It’s important to note that government debt isn’t the same as household debt.

When the government budget is in deficit (when the revenue raised isn’t enough to cover costs), the difference has to be borrowed. Because of the COVID pandemic lockdowns, the government needed to raise more revenue than usual. This led to an increase in the national debt. Still, compared to other countries, Australia’s debt is pretty favourable.

Who Lends Money to the Government?

With that in mind, where does the government get this borrowed money? In short, it comes from big banks, super funds, investors, central banks, and international pension funds. The Reserve Bank also lends money to the government, typically through bonds.

Ultimately, it’s important to note that this money might not ever be paid back. Though this sounds scary, it’s completely normal and expected. Most prosperous countries always carry debt, and this is part of growing a nation’s economy. None of these debts places burdens on future generations, and there’s no reason for Australian households to worry about this.

Understanding Debt on a Personal and National Level

As you can see from the guide above, debt takes many shapes and forms. While the word “debt” is often thrown around as something to fear, it’s not always that black and white. The better you understand how debt works, both on a personal and national level, the better equipped you’ll be to make your own financial decisions.

If you’re amongst the growing number of Aussies worried about your rising debt, you don’t have to figure this out alone. Contact the expert team at Debt Busters today on 1300 368 322 to create a plan to tackle debt that works for you. Everyone can achieve a debt-free future, but you need to take the first step.