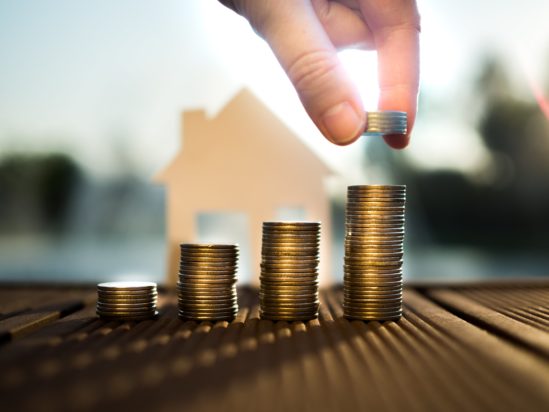 Real Estate Trends in 2019 To Keep Your Eye On

The real estate market nowadays is often like a living, breathing being. It’s always evolving and it’s sometimes hard to keep up with. This is even more of a challenge when our experts spout real estate trends that sounds like something out of a doomsday movie.

In reality, there are many positive trends taking shape within the Australian real estate market, and this is good news for those who know how to take advantage of these changes.

One of the biggest concerns many people are talking about today is the recent downturn in home and rental prices. In a country where more than 60% of bank loans are in residential properties, should Aussies be concerned?

To understand the latest real estate trends in 2019 as well as the state of the housing market, we’ll need to break down key statistics and information that varies by state. The main trends come down to a few factors:

In this guide, we’ll break down each of these factors to uncover the reality of the Australian real estate market. Once you understand these trends and how they affect homebuyers and sellers, you’ll be better equipped to make smart decisions about your own property.

In Australia, one of the biggest threats to the housing market is falling prices. While this might be a good thing for first home buyers who are looking to land a deal, it’s bad for investors who search for these opportunities as a way to feed money into the local economy. According to Real Estate Australia, this is known as the “negative wealth effect.”

What does this term mean? Essentially, this theory states when real estate prices fall, people feel like their own wealth has declined and they’re less likely to make a home purchase. Consumer spending comes to a standstill, affecting the entire market. Morgan Stanley even predicted housing prices could drop up to 20% below peak values, and this would lead to lenders needing to increase their interest rates.

What else is causing these interest rates to rise? According to banks, the funding costs have increased. The cost of sourcing money is on the rise, so interest rates are going up too. However, this shouldn’t worry you too much. Within the next six months to a year, these rates are expected to head back down.

In fact, some lenders are already offering lower rates in order to compete against larger lenders. If housing prices continue to lower, buyers will likely see a rate cut as a way to encourage people to invest their money back into the market. While it’s still too early to tell for sure, there’s no reason to worry about your interest rate fluctuating too much at the moment.

Another trend that we’re seeing make an impact in 2019 involves younger buyers. While homebuyers were likely in the past to make a purchase on their first home in their twenties, this isn’t the case anymore. Millennials are less likely to buy a home in their twenties than ever before. Instead, they’re renting for longer, living at home, and focusing on saving for a downpayment.

Part of this is because the market itself is unforgiving to first-time buyers. With many banks requiring up to a 20% deposit, saving up for a home often requires an enormous salary far above national averages. For expensive cities like Sydney, this just isn’t possible for the majority of young people facing lowered job prospects.

What exactly does this look like? Let’s look at the numbers:

There’s definitely a problem of housing affordability in most Australian cities nowadays, but there’s also a cultural shift facing younger generations. Young people are more likely to move to expensive cities to find jobs, and they’re also more likely to move every few years, making renting a practical choice. In addition, younger generations are choosing to delay settling down until they’re more financially stable in their 30s and beyond.

Australians are under a startling amount of debt. In 2016, 3 out of 10 households were considered over-indebted. In addition, Australians have a growing amount of personal debt in the form of credit cards.

What exactly does this consumer debt have to do with the real estate trends? As you know, real estate is credit-driven. Very few people are able to afford to pay for homes, land, and commercial properties on cash alone. When credit is restricted, the demand for assets like homes goes down, a trend we already see in the lowering housing prices.

Luckily, it’s not too late to take action against the growing debt crisis. According to Finder, Australian personal debt is some of the highest in the world, and 53% of this debt is in real estate. The best way to protect yourself from rising consumer debt is to create a plan of action for solving your own debt troubles.

4. The Rise in New Construction Homes

Building new homes in Australia is cheaper than ever. Because raw materials can be imported from places like China, there was a rapid increase in the number of new construction homes in the past decade. This was a great thing when demands were rising, but now that they’re falling, the tide is shifting.

Now that fewer people are buying, investors who built these new developments are trying to reclaim their lost profits, driving prices lower. In 2016, the number of new home construction reached its peak at a record number of 228,230 new homes built in a single year. While foreign buyers used to consider Australia a hotspot for residential investments, that’s simply no longer the case.

However, building new homes was an effective way to create more affordable housing. It did result in lower housing costs, though many investors have lost out on opportunities. As the number of new construction homes becomes lower and lower each year, only time will tell how this market will level off.

Last but not least, one of the biggest real estate trends in 2019 is the fear of a big recession. Australia has gone 27 years without a recession, and this has led many housing market experts to predict what’s come to be known as the “writing on the wall.” Many homebuyers have heeded the warning of a recession ahead, and they’re holding off on buying a home until things have cooled down.

Is waiting to buy a good idea? To understand reality, let’s look at the average property price drops in major cities:

As you can see, prices are low which could hint at an upcoming recession. The government will need to take a stronger role to prevent a full-blown crisis, but luckily this is something economic and real estate investors are keeping a close eye on. The fear of recession isn’t unfounded, but that doesn’t mean it needs to impact your life directly. We’ve all learned a lot since other major financial recessions, and the likelihood that the impacts would be nearly as far-reaching are very low.

What These Real Estate Trends Mean for You

As an average Australian, what do these real estate trends mean for your own finances? Should you be deeply concerned about the possibility of a recession? In short, no. In reality, there are some unspoken benefits about these trends above that have a big impact on the average Aussie.

First, rent prices are actually lower in many parts of the country. While many workers, especially young people, found themselves unable to afford safe housing near major cities, these high-rising costs are finally stabilizing.

For example, Sydney was once the nation’s most expensive capital city for renters, but now prices are dropping for the first time in 12 years by 1.8%. This might be a small change, but it has a big impact on the rental markets across the country. Tenants finally have more control over their own rental prices when it comes to choosing a home that’s right for them.

In addition, this is a prime opportunity for first-time homebuyers to make a purchase on a home. Just make sure you’re keeping an eye on shifting interest rates. Though housing prices are on the decline, owning property is a long-term investment. Property prices naturally rise and fall over time, so as long as you aren’t planning to move anytime soon, odds are you’ll get back your investment in the future.

Having learned all of that about the current state of the Australian real estate trends, what should you do next? Here are some key steps to take away into your own financial goals:

As long as you’re proactive about paying off your debt and you have long-term financial goals, you have nothing to worry about. While it’s true Australia is facing a housing crisis, this doesn’t mean the alarm bells are ringing across the nation.

Are you ready to get started on your journey to financial wellness? The money experts at Debt Busters have over 15 years of experience helping Australians better understand their financial goals, make smart real estate decisions and can help you to adjust to economic changes. Contact our experts on 1300 368 322 today to get started.