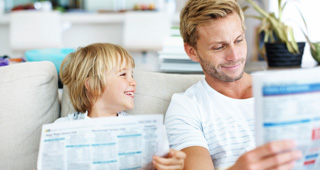 How To Prepare For An Interest Rate Rise

No matter who you are, the news of an interest rate rise can come as an unwelcome surprise. Earlier in 2017, the OECD released a report that painted a very bleak picture for the housing market and mortgage owners in Australia.

However, it’s vital to remember that having the economy affected negatively by the housing market can have knock on consequences for other areas of debt, such as credit card interest rates. This is compounded by the fact that people tend to borrow more in order to offset the increase to interest rates.

During times of uncertainty, you have to try and stay protected against an interest rate rise any way that you can. You might think you’ll be okay and there’s nothing to worry about. But, if you’re wrong you may end up paying huge amounts over time or if you default on your monthly obligations.

To help you stay protected, we’ve highlighted some key points to remember when preparing for an interest rate rise. So, take a look at our list and see what you can do to protect yourself. Or, to speak to an expert at Debt Busters about getting your debt under control before interest rates rise, contact us now.

Your first action when hearing about an interest rate rise should be putting an adaptable financial plan in place. By planning for the worst-case scenario, you’ll have more options should a significant rise come. While small rises shouldn’t ring any alarm bells, it’s possible that several small rises could severely impact you if you’re underprepared.

Start by establishing a clear budget so you know exactly how much disposable income you have coming in each month. Factor in your mortgage repayments, debts, taxes, and necessities. You’ll soon see if you can actually survive if current interest rates rise. If you can’t, focus on trying to make cut backs and try to save money in order to create an emergency fund.

Switch to a fixed-rate mortgage

It is possible that banks will increase interest rates on mortgages in 2017. But, it’s still a good idea to switch to a fixed rate mortgage if you can find a decent offer. This shouldn’t be too hard as the current interest rates are still historically low in Australia.

You have to remember that when increases to interest rates come in, they’ll come in quickly across the board. You do have options at the moment when it comes to fixed-rate mortgages and you need to take advantage of this. If you’re low on cash or worried about maintaining rising payments, this type of mortgage will help to protect you.

Getting ahead of interest rates going up can save you significant amounts of money in the long run. What might seem like small interest charges do eventually add up and there’s no reason to pay more than necessary if you don’t have to.

Most mortgage lenders and banks will allow you to make extra repayments and there are two popular methods to consider. The first involves paying half your monthly payment every fortnight. As there are 26 fortnights each year, you’ll end up paying an extra month’s repayment annually.

The second is called a pretend fix and will require you to base your repayments around future forecasted interest rates. So, just work out how much you would repay if your interest rate rose 0.5% and factor this in to your future repayments. Obviously, if your budget allows it you could pay more than this. These things might seem small, but they can really help in the long run.

Having multiple credit cards can often lead to unmanageable repayments and you should consider consolidating your debts into one monthly repayment. If a surprise rate rise hits, this will stop you needing to deal with numerous rises and you’ll pay back less each month.

Are you ready for an interest rate rise?

It’s inevitable that the current interest rates cannot stay low forever. While it’s impossible to predict with absolute certainty when a rise will hit and by how much, it pays to stay prepared.

We’ve highlighted some key avenues that are worth exploring, especially with so much anticipation over interest rates in 2017. However, if you’d like to speak to an industry professional about getting a handle on your debt and staying ahead of interest rate rises, please contact Debt Busters now.