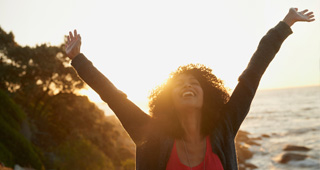 How to Create New Financial Habits to Replace Bad Ones

Are you struggling to kick a bad financial habit that’s costing you money? We all have some habits we’d like to change, but It could be a lot easier to create a brand new one instead. For example, if you love buying take away coffee, it might be easier to replace it with a new homemade coffee technique than trying to kick your caffeine addiction cold-turkey.

While this might sound like a lot of work, it’s easier than you think. In fact, science shows us that creating a new, good habit might not be that big of a challenge. In this post, we’ll look at why our brains work this way and strategies you can use to bring about change.

Why Do You Need Good Financial Habits?

Humans love repetition in their daily lives. We establish patterns of behaviour that let us carry out everyday activities efficiently with minimal thought and effort.

When we first engage in an activity, our cerebral cortex (the part of our brain involved in conscious thought) is constantly engaged. With repetition, the routine becomes a habit.

This is where the real science comes in. The cerebral cortex is engaged only at the start and end of a habitual activity; in between, we are free to concentrate on other things. According to a review in the journal Nature, information from the basal ganglia lets us perform a routine automatically.

We clean our teeth each day without thinking about how we do it. We take the same products from the supermarket shelf each week without considering whether there is a cheaper alternative. According to the Oxford Handbook of Personality and Social Psychology, researchers estimate that more than 40% of our daily activities are habitual.

Why does this matter? If you’re able to use what you know about repetition to create new habits that benefit your wallet, you don’t have to worry so much about those stay bad habits dragging you down. Next, let’s discuss the best new tips to find new financial habits for yourself.

“Habits are cobwebs at first; cables at last.” (Chinese proverb)

In his book The Power of Habit, Charles Duhigg discusses the habit loop – how a cue such as the time of day or an event will trigger a routine behaviour that leads to a reward. Repetition reinforces the habit. You can use this to your advantage when paying down your debt.

The stronger and more immediate the reward, the easier it is to establish a new habit. If someone wants to pay off their debts more quickly, they may decide to make an additional repayment over and above the minimum required.

Paying off the debt with the highest interest first would seem logical. However, most people experience a greater reward if they pay off the smallest debt first because they can pay it off more quickly and the number of debts causes more stress than the overall total. A strong reward early leads them to continue making additional payments until it becomes a habit.

Next steps: Start paying more than the minimum towards your smallest debt. Soon, this momentum will become an addicting, effective new habit.

A habit once formed appears to be permanently imprinted on the basal ganglia. Even when the reward is no longer there, the habit will continue on cue.

What all of this scientific talk means is that someone who previously had a poor habit of ignoring bills they couldn’t pay may easily revert to their old financial habit when confronted by another large bill. A habit remedy is an additional habit that’s tied into that previous habit, turning a negative into a positive.

Using the example of ignoring a large bill, a new habit remedy might be to set a bill reminder on your smartphone. Using a financial smartphone app helps create stronger, healthier habits, even if you don’t want to pay attention to those intimidating bills as they arrive in your inbox. Recognizing that it’s okay if you feel the tendency to hide away large bills, but that you need to still take some action is a great habit remedy.

Next steps: Identify your bad financial habits and pair them with a new, helpful habit.

“Habit is overcome by habit.” (Erasmus)

The best way to conquer any bad financial habit is to identify the cue and the reward. Then, impose a new habit over the old, one that responds to the same cue and has the same or similar reward.

The cue is something that leads you to act out the habit. The reward is the feeling or physical reward you get by doing the habit. For example, if you always buy coffee at a fancy shop even if you can’t afford it, the cue might be going to work in the morning. The reward is the coffee and dopamine boost from getting a fancy drink.

By applying an alternative strategy and repeating it whenever necessary, old habits can be changed. In this case, look for similar cues to pair them together. Using the coffee example, you could start associating leaving for work with making coffee at home. By doing this daily, you’ll get the same reward (coffee) without the steep price tag.

Next steps: Find patterns in your behavior and look for simple ways to shift your thinking.

Bad financial habits often cause financial problems. Recognising and working to replace these habits can be critical in resolving financial difficulties and ensuring they don’t continue to arise in the future.

Ultimately, you need to create a budget that works for you. Learning how to stick within your budget is the strongest financial habit you can create. Even if you do still fall for those bad habits, it’s not as problematic as long as they fit within your budget.

Next steps: Create a budget that fits your bad financial habits and cuts the ones that you can’t afford.

Your bad financial habits don’t have to hold you back. While it might feel like you have no control, you always have options. Whether you work with a professional, create a new budget, or do all of the above, your habits no longer have to rule your life.

For expert advice on creating a brighter financial future, speak with one of our friendly debt consultants today on 1300 368 322. We’re here to help!